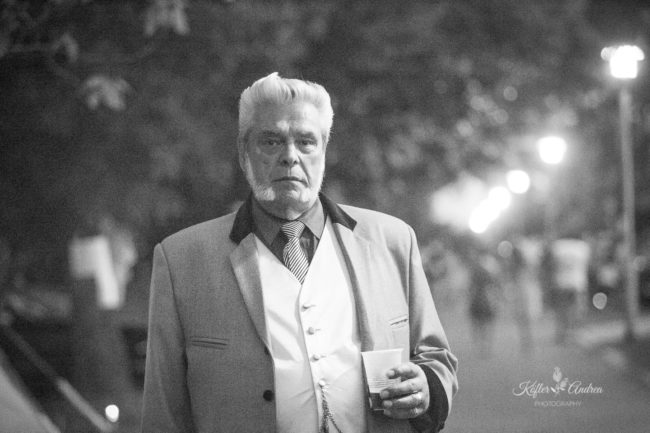 How did you find this festival?
What made you like the festival? Could you to talk about your festival experiences?

Well, I have visiting Budapest and the Amigo Bar for 10 years, usually in the Summer. In 2012 I went in September. RockinRockCats were playing, the Teddy Boy Band. I already knew a few people from the Amigo, and was introduced to Laci as an English Teddy Boy. That was it! Immediate friendship with the band and their followers. They invited me to Lakeside the following year. I was not sure, but I went. There was nothing to make me “like” the festival, it was the music. I was soon introduced to many of the regular concert goers and made to feel at home, as one of the family. Every year it was better. Great music, great people, great atmosphere, and every year the experience was better.

The main experience was being introduced to Palinka [the real drink, home made]. It seemed that everywhere I went, around the camp, I was recognised. Probably as the first English Teddy Boy to go there. I soon got used to the call, “Hello, Ray. Palinka?”

Could you talk about your style?

My style, is that of an English Teddy Boy, but do not always wear the clothes, as it is too hot in Hungarian heat. Shirt and tie, suit of finger tip length jacket, with velvet collar and cuffs, close fitting trousers, “drain pipes” in English, similar to today’s “skinny jeans”, waistcoat with pocket watch and chain. Distinctive hair style with a front quiff and the back centered into a “duck tail” shape. Long side whiskers, as evidenced in the pictures. 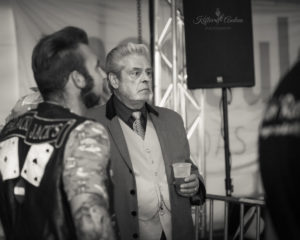 How did I come to like the music? Easy. I had an older Sister who played the early Rock and Roll records in the 1950’s and we were allowed to listen to Radio Luxemburg in the evenings, which played mostly Rock and Roll music. It was in my blood. Although I have an eclectic taste in music, Rock and Roll has always been my favourite.
I was part of the London scene, in the 1970’s, when there was a major revival of Rock and Roll music. Also, at that time, was the influx of Rockabilly, which had been very rare up until then, faster, more basic beat. A lot had been brought over in the 60’s, but was not that well established.
There was a break from the old style Teddy Boy, into the newer Rockabilly followers. Even though the English scene faded for a few years, there was always somewhere to find a band playing.
Then around 2000 I caught up with some old friends, and again, there was a mini-revival of the 1950′ and 1970’s scene, with bands coming out of retirement and making the circuit again.

Anything else about the festival? Usually a mad round of watching the bands, meeting friends, old and new, watching the American cars cruising the strip, drinking too much, trying to find a seat for breakfast, the entertainment for the young, the competitions, dancing in the lake. Generally a good time for everyone.